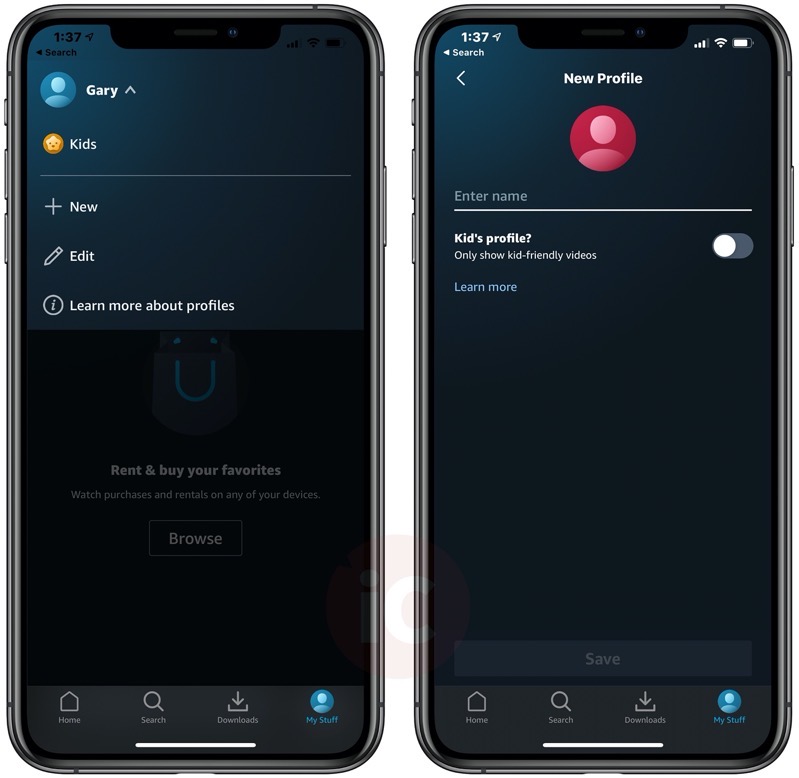 “Introducing Prime Video profiles. Profiles give each person on your account a personalized experience,” explains the latest iOS update.

According to Amazon, “Prime Video Profiles allows you to access separate recommendations, season progress and Watchlists based on individual profile activity.”

With profiles, Prime Video users can create and manage various profiles, including those tailored for kids. Up to six user profiles (primary account plus five others can be created within Prime Video on a single Amazon account.

Earlier this month, Amazon announced profiles were coming to mobile apps and the web, but the iOS update today appears to make it official for iPhone and iPad users.