According to a report by research2guidance, a German research group, the number of apps in the Android Market should surpass those in the App Store by August 2011.

Citing a recent example, in April approximately 28,000 apps were uploaded to the Android Market, where Apple accepted 11,000 apps into the App Store. This trend is reportedly common month after month.

“On the contrary, the success of an app store is negatively correlated to the success of an average developer,” the firm writes. “All analysis on the early months of an app store including the Android Market shows that average download numbers decrease dramatically after the first months or even weeks after the launch of the store. The long tail gets longer and longer while the top 5% gets richer and richer.”

Recent TV ads have Apple using the number of apps in the App Store as an advantage of the iOS platform. If the Android Market becomes the largest application store, Apple may change its mobile application focus into a classic comparison of quality versus quantity. 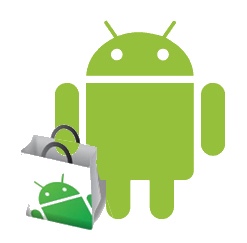