Angry Birds 2 launched in the App Store at the end of July and in four days, Rovio has announced its newest game has already been downloaded 10 million times by iOS and Android users, as announced on Twitter: 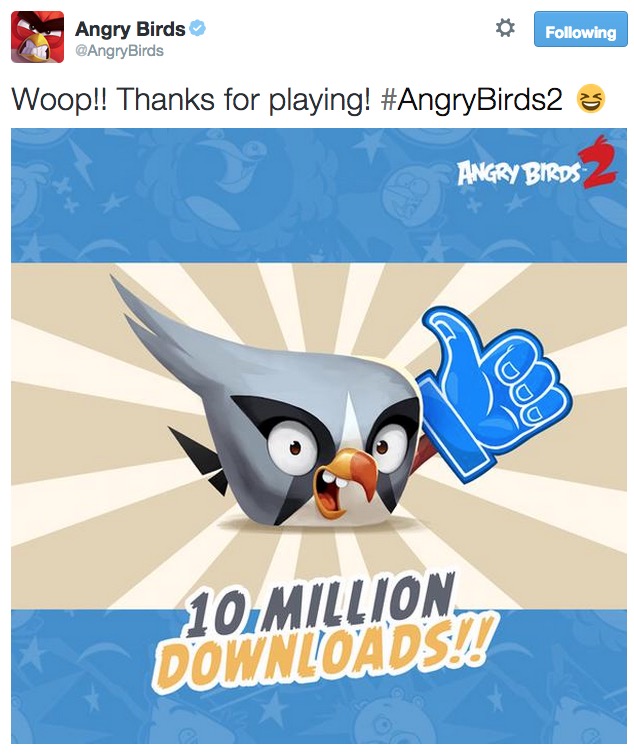 Click here to download Angry Birds 2 in the App Store. What do you think of this freemium game so far?