Rovio has updated Angry Birds Rio with a summer update to add 15 all-new beach levels, bringing the total number of playable levels in the game to over 250.

What’s New in Version 1.7.0
It’s SUMMER! Time to relax at the beach with a new Angry Birds Rio episode!

Unlock bonus levels by collecting all the golden cherries! 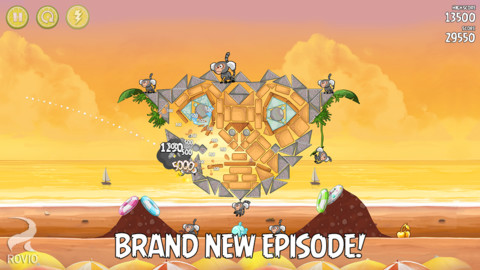 Angry birds Rio was first released in March of 2011, part of a collaboration with 20th Century Fox to promote the upcoming animated film at the time, Rio. Earlier this year in January it went free as Apple’s App of the Week and it has stayed that way ever since.

Click here to download Angry Birds Rio for free in the App Store. Are you still playing this or have you had enough of Angry Birds?