When it comes to Angry Birds, you simply cannot guess how many record breaking numbers this massively hit game franchise is going to achieve. The latest iteration of the game i.e Angry Birds Space, which was released on March 22nd for iOS and Mac OS X on their respective App Stores as well as for PC and Android OS platforms, has achieved a new record breaking number of downloads. According to the official twitter account of Angry Birds, the game crossed 10 million downloads in less than 3 days of its launch. Wow! 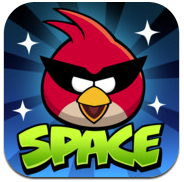 From floating through space in zero gravity, to using the gravity of nearby planets to set up spectacular trick shots, Angry Birds Space takes the gameplay that fans already know and love to a totally new level. With brand new birds, brand new superpowers, and a whole galaxy to explore, the sky is no longer the limit!

If you haven’t already, check out our first look and gameplay video of Angry Birds Space for iOS: