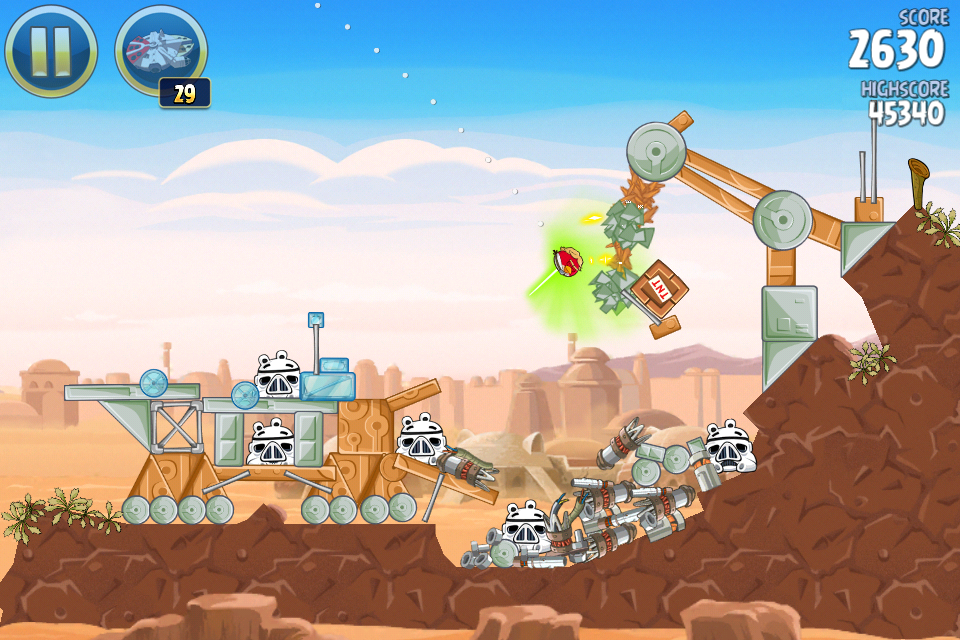 Angry Birds Star Wars has received yet another update, this time it’s the Battle of Hoth, which brings 20 new levels (including 2 new bonus levels).

After the epic Battle of Hoth, the Rebel Birds have barely escaped the ice planet with the Pigtroopers in close pursuit! There’s an asteroid field close by that could provide some cover… but watch out, there’s more to it than meets the eye!

Angry Birds Star Wars quickly topped App Store charts after its release last November. Below is the teaser video for this latest update: