This week’s free App of the Week from iTunes is Gameloft’s racing game, Asphalt 7: Heat, regularly priced at $0.99. The game is optimized for the 4-inch Retina display of the iPhone 5 and iPad and has over 60 different cars to choose from, including vehicles from prestigious manufacturers, like Ferrari, Lamborghini and Aston Martin (and the legendary DeLorean).

There are 15 race tracks available set in real cities to go along with its 6 different game modes, 15 leagues and 150 races. Users can play multiplayer locally with up to 5 players or do so online. 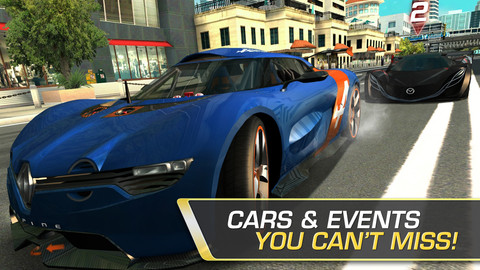