If you haven’t downloaded it already, KingHunt is Apple’s free App of the Week. Being touted as “the next generation of the slicing genre”, it looks to be a game that’s very similar to Fruit Ninja but in a different theme.

FEATURES:
-Great powers at your fingertips: freeze time, chain explosives, and summon meteor showers.
-200 different enemies: jumping, flying, swimming, and roping down at you!
-12 fantastic worlds: to discover and claim back from Kingmaker’s dominion.
-100 magical trinkets: collect them to help you become the greatest KingHunter on Game Center!
-110 challenges and 80 achievements: to beat and to brag about to your Game Center friends.
-DST (Dynamic Slicing Technology): infinite slice variants through four degrees of freedom. 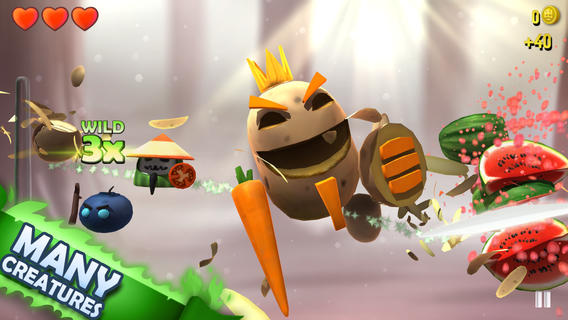 Click here to download KingHunt while it’s free. Let us know what you think of this game!