If you were a fan of Mini Ninja from your console or portable handheld days, the iOS version of the game, which was released last spring is Apple’s free App of the Week (normally $0.99).

This endless runner enables you to play as one of four ninjas, each with different skills and abilities: Hiro, Futo, Suzume and Kunoichi. The game also has a variety of in-app purchases to power you through the game where you will “do battle with the Evil Samurai Warlord’s magical army.” 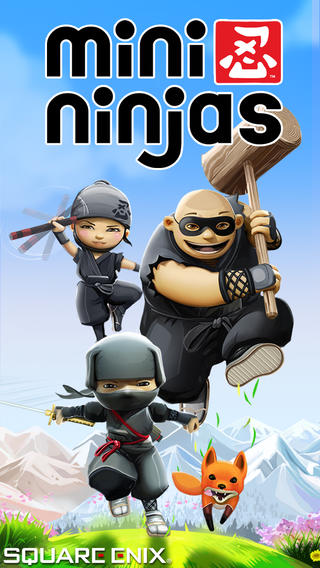 The game has an average rating of four stars in the App Store from 193 ratings, so it looks like a fun game.