This week’s free App of the Week pick from Apple is Snoopy Coaster (regularly 99 cents), a game developed by Chillingo which should please any fan of the comic by Charles M. Schulz. Reviews of the game in iTunes comes in at an average of 4 stars out of 63 reviews. 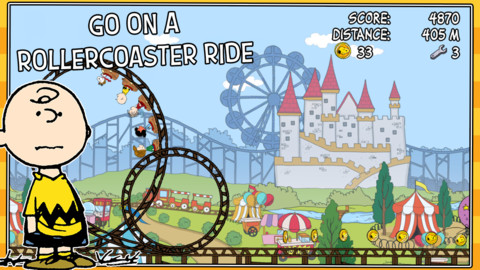 This universal download is a 45 MB download and works for the iPhone and iPad. Below is a video of the app’s gameplay–check it out: