iTunes Connect notified developers late yesterday evening via email the App Store had been expanded to 32 more territories around the world. Places such as Albania, Fiji, Mongolia, the Seychelles and Nepal will now have their own place in the App Store, bringing the grand total to 155 countries. Apps know no boundaries.

The full list of expanded areas are listed below: 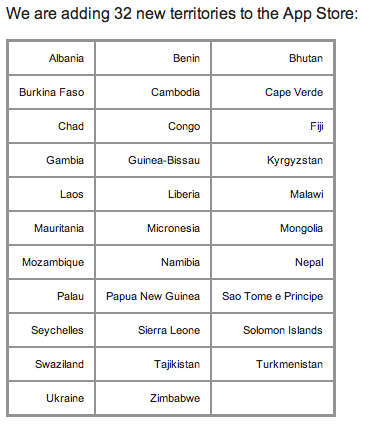