Today Apple announced that the App Store has reached an astonishing 300,000 available apps.

The App Store is also now available in 90 countries with 20 categories of applications being served such as games, business, news, sports, health, reference, travel, and weather. 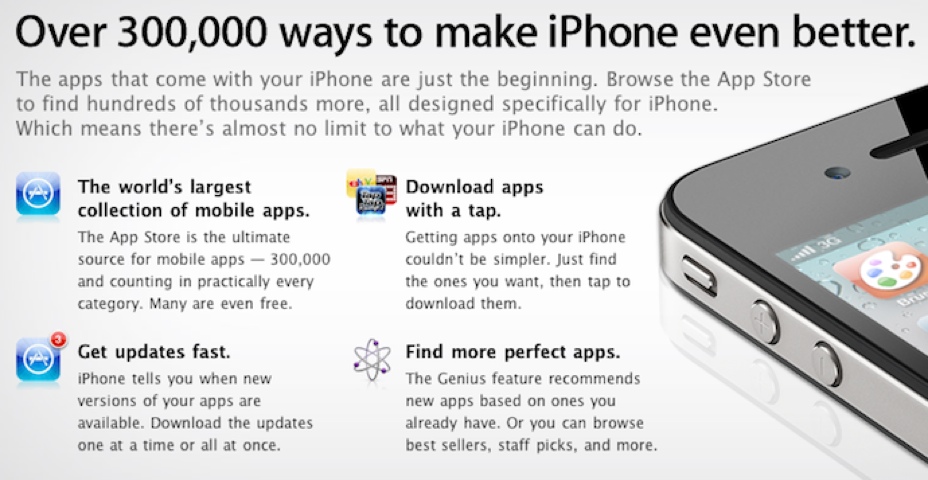