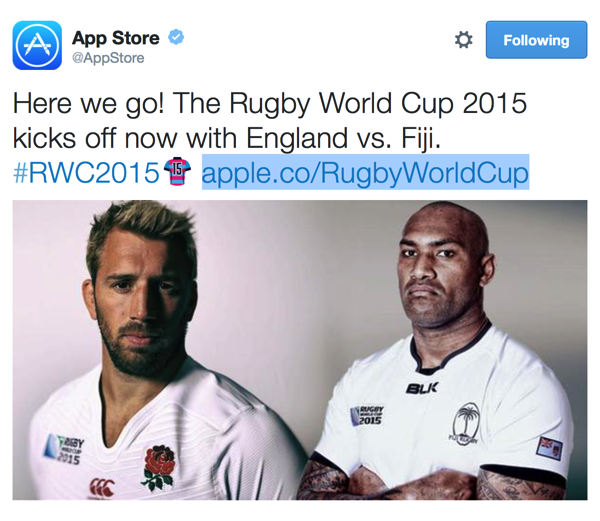 With the 2015 Rugby World Cup all set to kick off, the App Store now has a new, dedicated section for the big event. You can access it right now using this link. The new section was launched today by Apple, and was also announced via the official @AppStore Twitter account: 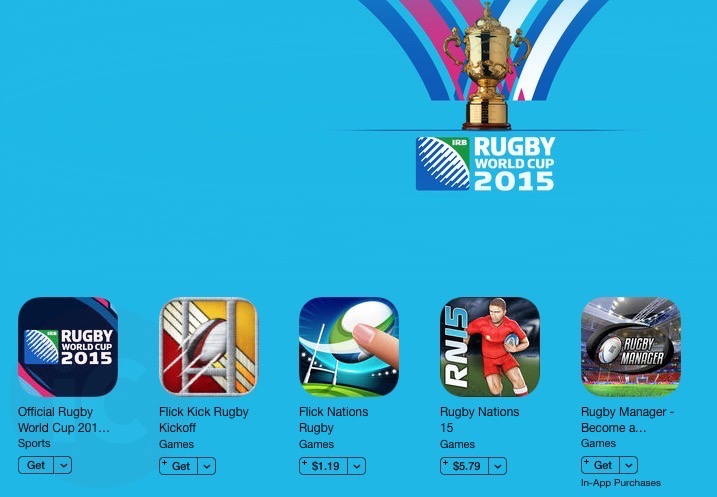 As you can see above, there are a bunch of apps to help Rugby fans follow the 2015 World Cup. The official app for the World Cup is also available now and is a free download. You can grab it using the following App Store link: