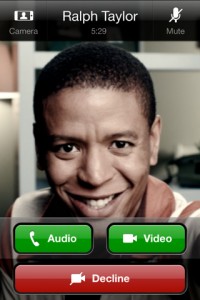 If you’ve been having issues with iBooks, the update should fix bugs and have performance updates. As for Skype, the interesting thing here is you can now do video calls. Umm…yes, that’s right–video calls to TV. Skype to Skype video calls already exist for iPhone 4 users.

You can now make video calls to a wider selection of Skype clients and devices, such as Skype for TV.

This update is nice for people with TVs that have this capability. If you do, please let us know.