Apple has updated iTunes to include a section dedicated to iPhone and iPad ‘Apps for Québécoises’ within the Great Canadian Apps section. The section highlights apps for French Canadian users in Québec, and even some are developed right in Québec.

Check out the apps here in iTunes.

If you know of any favourite Québécoises apps, share them with us below!

Update 1: We messed up and added an extra accent by mistake. Fixed. 🙂 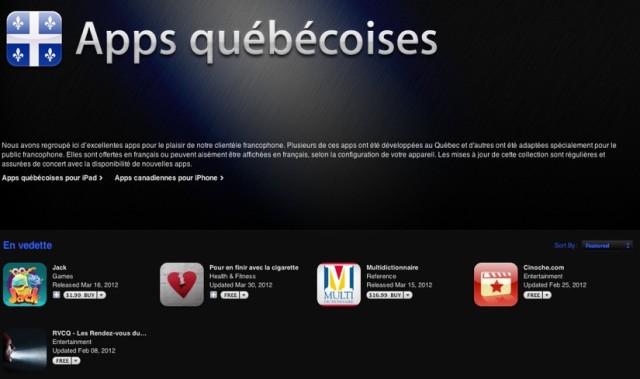