Apple has just officially announced the celebration of 1 billion podcast subscriptions in iTunes:

From hard comedy, to hard news to sports to innovative educational content and so much more, podcasting has transformed the global media landscape. Podcasts on iTunes launched in the summer of 2005 and since then, we’ve seen countless episodes downloaded and streamed. But the heart of podcasting is finding your favourite voices in this exciting field, and subscribing to the best ones. To celebrate reaching 1 billion podcast subscriptions, we’re highlighting some of the most popular podcasts of all time, as well as a collection of captivating new shows.

An example of podcasts featured in Canada include Prime Time Sports by Sportsnet 590, Shaw Media’s Global National Video podcast and CBC Radio’s How to Do It. 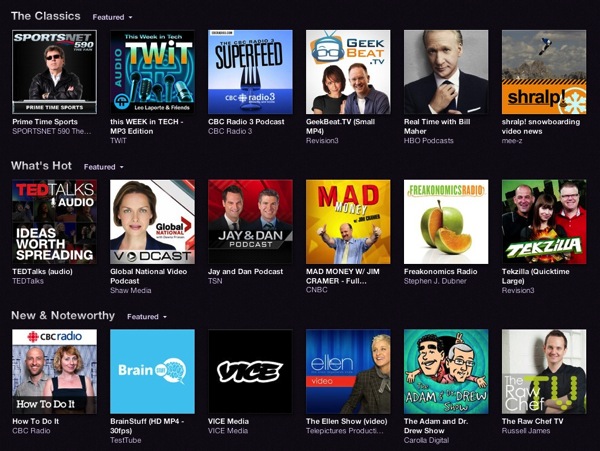 Our own podcast, The iPhone Podcast (currently on hiatus; stay tuned), surely helped attribute to the 1 billion subscriptions. This is quite the milestone for Apple.