In an attempt to boost app discovery in its European App Stores, Apple has introduced human curation, so iDevice users will now get recommendations and themed collections of apps from the company’s editorial teams, just like in US and Canadian stores, reports the Guardian. 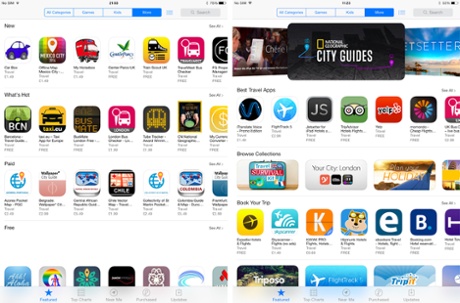 The changes are part of Apple’s effort to enhance navigation through the clutter of more than a million apps in the App Store, which now attracts 300 million visitors per week and has generated more than 75 billion app downloads since its 2008 launch.

To promote its campaign, Apple has posted a banner on the front page of the newly curated European App Stores, highlighting the section grouping curated categories. Starting today, these categories contain editorial recommendations, curated collections, and best new apps, which will be refreshed on a weekly basis.

Apple is aware that app discovery is a major issue that needs a fix shortly and is already taking steps to solve it. During last week’s WWDC, the company announced Explore, a new section of the App Store app allowing customers to browse location-based app recommendations and new sub-categories of apps.