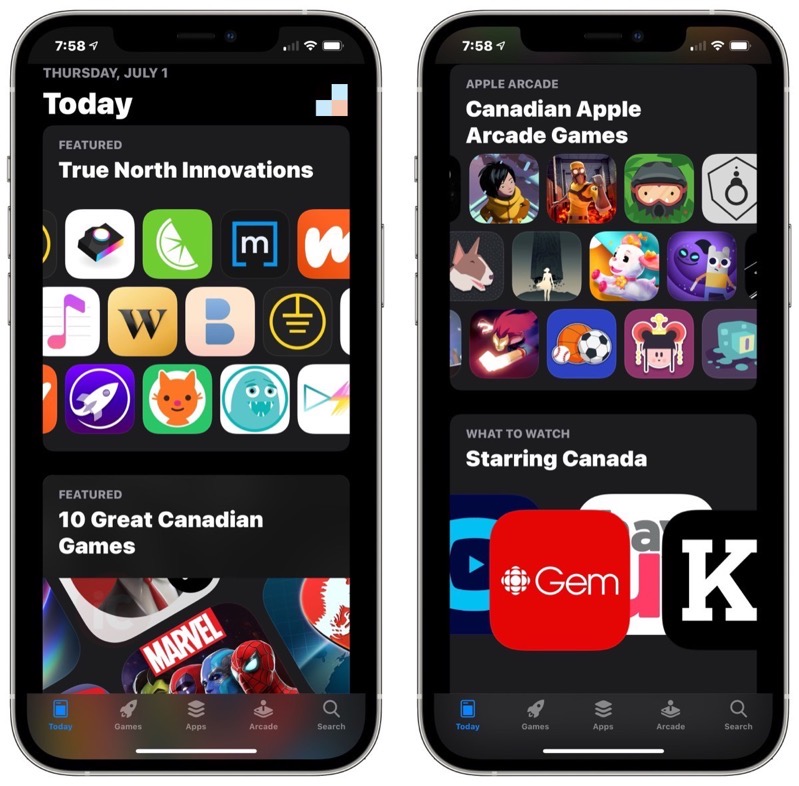 Apple has curated a list of apps and games made by Canadian developers on Canada Day.

“As we look across the nation, we love to admire not only the diverse natural beauty that can be found from Halifax to Victoria, but also the growing app landscape that’s fuelled by innovation from coast to coast,” explains Apple.

“Canadian developers are behind some of coolest and most creative apps on the App Store right now. Here are a few locally made picks that we love,” writes Apple in the App Store.

Here are the apps highlighted in the ‘True North Innovations’ section:

Other featured sections in the App Store right now include: