Apple has launched today a dedicated Indie Games grouping page in the Canadian App Store, in what the company says is for highlighting key indie games and developers driving innovation on the company’s platform. 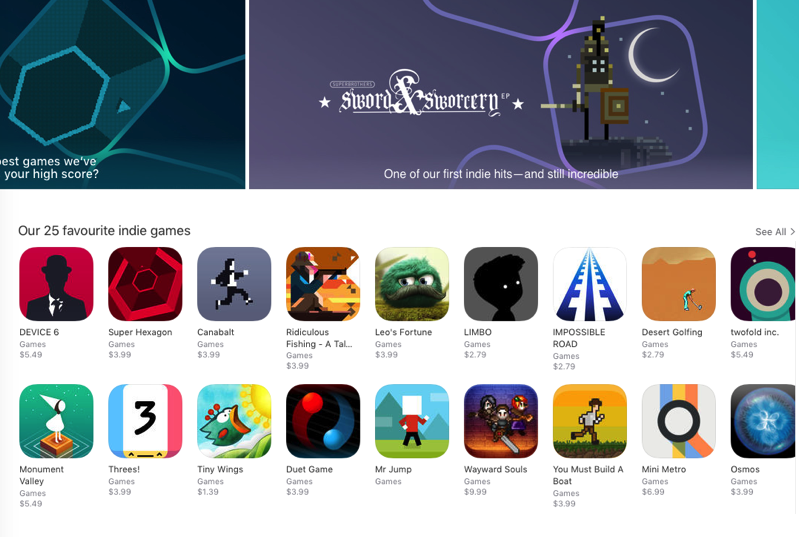 The Indie Games grouping page—which you can click here to check out—helps users discover the latest and greatest games available.

There are various sections in this new page:

Classic iOS indie titles such as Threes!, Monument Valley and Tiny Wings are noted, but there’s a whole lot more as well, which you can check out here.