In November 2009, Apple introduced a new subtle feature to the iTunes ecosystem. It was called â€œiTunes Previewâ€ and it was a web based preview for iTunes links that users clicked on websites to open music in iTunes.

At the time, iTunes Preview only worked for music, but the functionality has now been expanded to Applications.

Before iTunes Preview, when a user would select an iTunes link in a web browser, the browser would open a blank page and then automatically launch the full iTunes application. If you did not have iTunes installed, you were prompted to install it to access the linked content.

With iTunes Preview, clicking on an iTunes link on a website opens up a new web based iTunes pane within the browser. The iTunes pane now provides information such as descriptions, change logs, screen shots and reviews for applications. 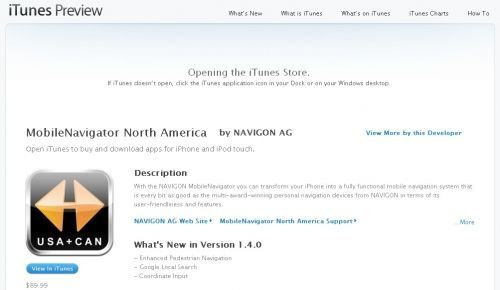