Apple has updated its iWork iOS apps to version 1.6.1 to bring iCloud support for Documents in the Cloud as part of OS X Mountain Lion. Essentially when you make changes to a document on your Mac or iOS device, changes will be synced in real time.

Pages/Numbers/Keynote 1.6.1 works with iCloud to make documents automatically available between your iOS device and Pages on your Mac*. Changes made to a document on one device are instantly available on the other. 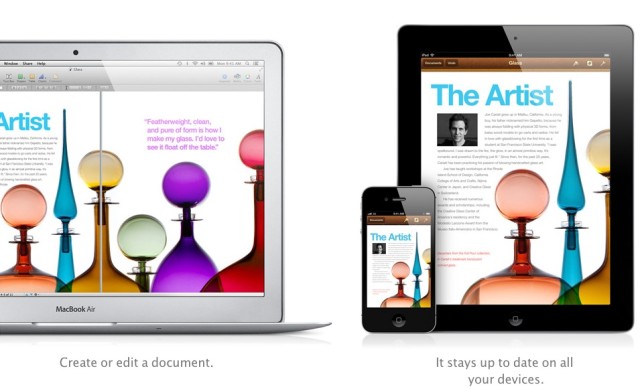