Apple’s App Store Best Of 2012 has just gone live, listing the best apps and games for iPhone and iPad for the year (via The Loop). The Best of 2012 iTunes category is further split into a number of sub-categories including Movies, TV Shows, App Store, Books and Podcasts. 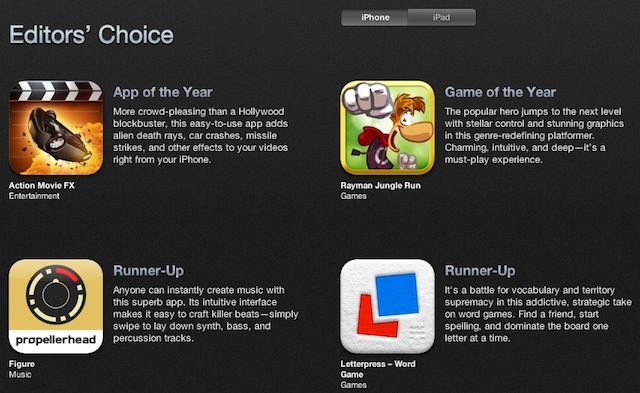 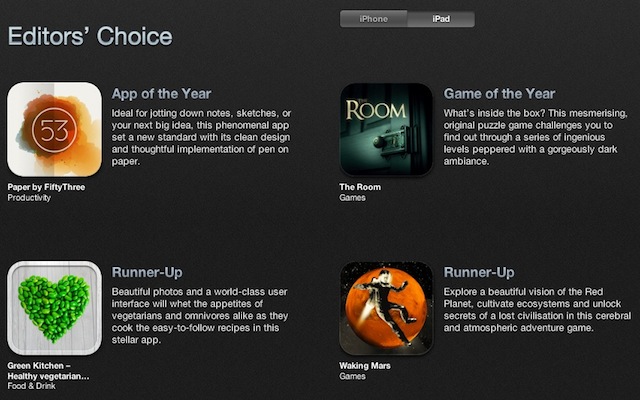 Below are the “Made in Canada” top App Store choices for iPhone and iPad: