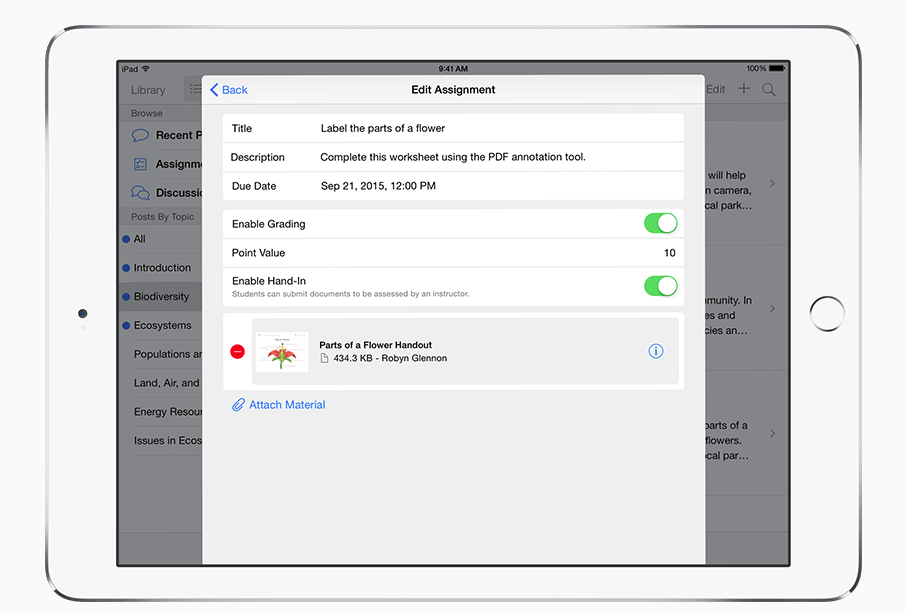 Apple will push out a major iTunes U upgrade to enable better and easier communication between the teacher and student and to make submitting homework easier (via Re/code).

During its eight years of existence, iTunes U has evolved into a neat accessory that transforms the iPad into an educational tool for teachers: they can design courses, select readings from digital textbooks, etc. But the new iTunes U goes beyond that: now, students can easily hand in their assignments directly through the platform, and built-in grading allows the teacher to track the progress of the entire class at a glance. The catch is, the submitted document will have a time-stamp recording, so the teacher will know the exact time when it was sent in.

The integrated grade book allows teachers to know how each student is doing on the project, when it is complete, and even when it’s time to send a gentle reminder.

Alongside the above, the new iTunes U will give teachers the ability to import educational apps such as Explain Everything or Stop Motion Studio into the course material and start one-on-one discussions with students if needed.

In light of the 15 million iPads deployed in schools and more than 100,000 educational apps, Apple’s presence in the classroom has had its results. Apple has emphasized plenty of times that education is in its DNA. Actually, Apple has been present in the classroom since the launch of the original Macintosh computer in 1984.