Despite being an innovative and interactive exploration of the ongoing civil war in Syria, Apple rejected the iOS game called Endgame: Syria, according to io9 (via The Verge). 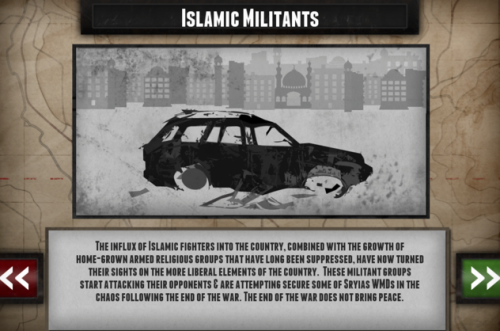 The reason behind Apple’s move is pretty obvious, and, interestingly, the game’s publisher was aware of this. The App Store guidelines forbid any app which “targets a specific race, culture, a real government or corporation, or any other real entity”. So, considering the app is about an ongoing civil war in Syria that already resulted in killing 60,000 people, according to United Nations’ data, the rejection was obvious.

Turns out being innovative in terms of how we inform the public (this is what the game’s publisher claims) isn’t enough, as Apple is renowned for stringently enforcing its guidelines. And, in this case, the app doesn’t meet the aforementioned guidelines, despite being informative and innovative.

According to The Verge, the publisher’s designer, Tomas Rawlings, said in a statement:

“I get that Apple want to make sure really offensive titles don’t pass into their store, but ours is far from that. In fact, the response to the game has been broadly positive, with much of the mainstream media picking up on the story.”