Apple asked the US District Judge Yvonne Gonzalez Rogers to dismiss the lawsuit filed by seven consumers accusing the company of having a monopoly over apps available for download on the iPhone, Bloomberg reports. 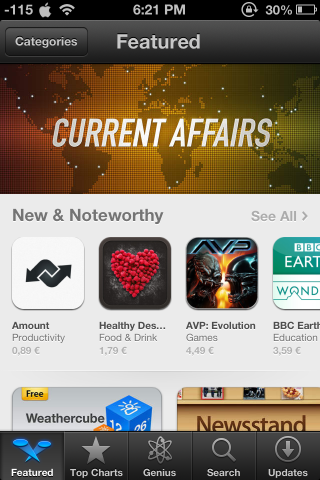 The initial lawsuit was filed two years ago with attorneys charging Apple with monopoly because iPhone users have no other option than the App Store if they want to download an app for their Apple handset, even if they don’t agree with the price the developer charges for that app.

Apple currently takes a 30% cut of all content sold through its app storefront, which increases prices and excludes competitors from the iPhone aftermarket, the attorneys claim.

The Cupertino company’s attorney says Apple doesn’t set the price for paid apps, and that charging a price for distribution of a product on a new and unique platform doesn’t violate any antitrust laws.

The consumers’ attorney argued: If a consumer can’t go elsewhere to buy Angry Birds for the iPhone, Apple is a monopolist.

The judge didn’t specify when she would rule on the matter. Meanwhile, Apple has another lawsuit before Rogers: This time, it is accused of maintaining a music downloading monopoly.