If you haven’t downloaded the freebie within the Apple Store iOS app, now’s your chance to get it. This month the free app for Canadians is the currency converter Smart Coin, which retails for $0.99 in the App Store.

1. Download the Apple Store iOS app and launch it. Tap on the ‘Stores’ tab along the bottom. 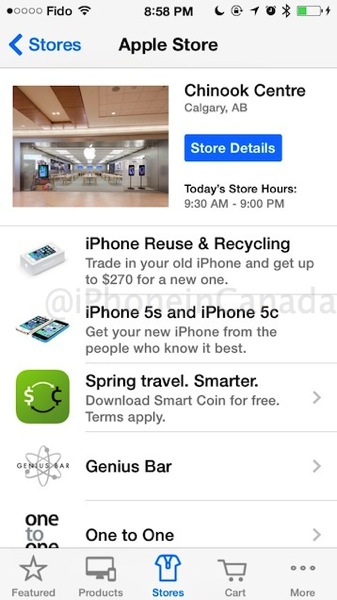 2. Tap on the Smart Coin app icon which has the heading ‘Spring travel. Smarter,’ then tap the large ‘Download now for free’. Agree to launch the App Store. Tap ‘Redeem’ in the top right corner. done. 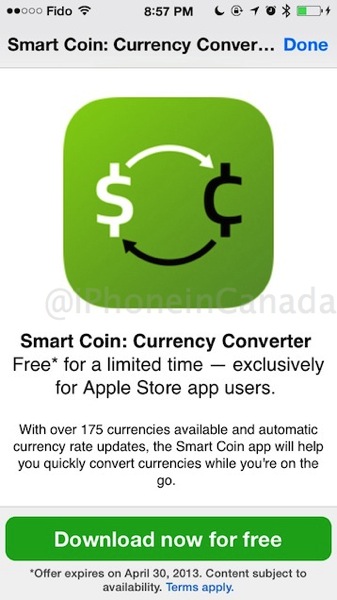 Smart Coin is available for free until April 30, 2013. It might come in handy if you have travel plans this summer. Another good currency converter app that is free is XE for iOS which was recently updated to 4.0.