The Apple Store iOS app has been updated to support Passbook for Gift Cards in Canada purchased right within the app. Previously, this feature was exclusive to the USA. This means once you add a Gift Card to Passbook, it will pop up automatically on your lock screen once you’re at an Apple retail store.

What’s New in Version 2.9
– Now buy gift cards and email them to friends and family right from the app. These gift cards are easily integrated with the Passbook app to use at your favorite Apple Retail Store.
– Various improvements and performance enhancements. 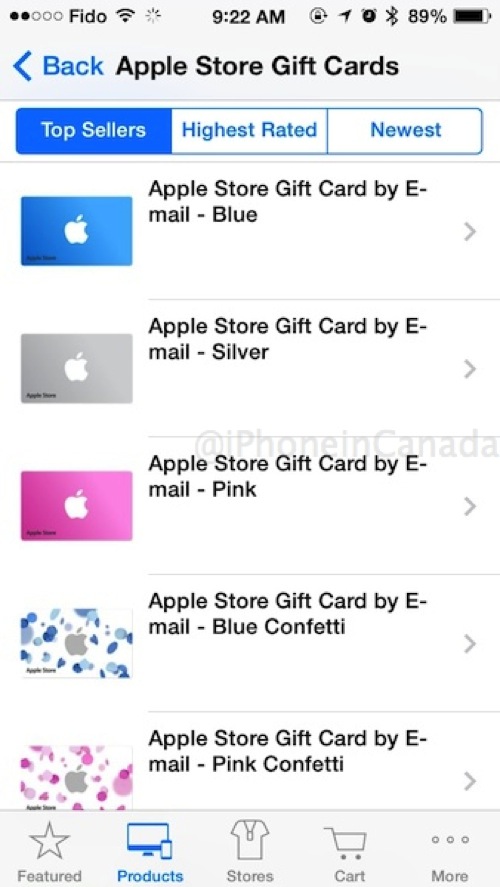 The Apple Store app was updated in November of 2011 to support Canada and last November it finally brought EasyPay support here as well. The app is also the easiest and fastest way to order new Apple products during midnight PST launches as well.