Apple has updated its latest free app download within the Apple Store iOS app as Rhonna Designs is currently up for grabs, normally $1.99. The app allows you to turn your photos into creative decorated images from your iPhone.

How to download this app for free? First, you need to launch the Apple Store iOS app (you know, the app which allows you to make purchases of Apple products).

Then, scroll down and tap on where it says ‘Capture the moment’: 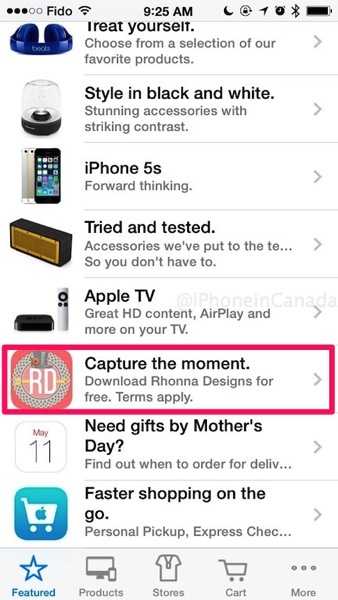 From there, you’ll be taken to the following landing page. Tap on ‘Download for free today’ and you’ll be given a promo code to redeem for your free download. 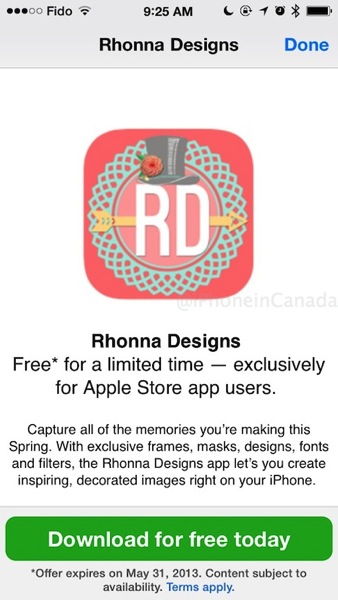 You may recall Rhonna Designs was Apple’s Free App of the Week last fall; if you missed this freebie back then, here’s your chance to nab it.

Remember, you need to get the promo code for this freebie by opening the Apple Store iOS app, NOT the App Store. I guarantee there’s going to be that one person who doesn’t read and will say “it’s not showing as free for me!” Please don’t be that person. Happy Mother’s Day!