The Apple Store iOS app, where customers can shop for products right from their iPhone normally has a free iOS app up for grabs. The last time we saw one available was Day One 2 back in March, but nothing has been listed since in the store.

The promo code for the Editors’ Choice is normally found on the Stores tab, in the very last featured pane after swiping to the left, as seen below with Day One 2: 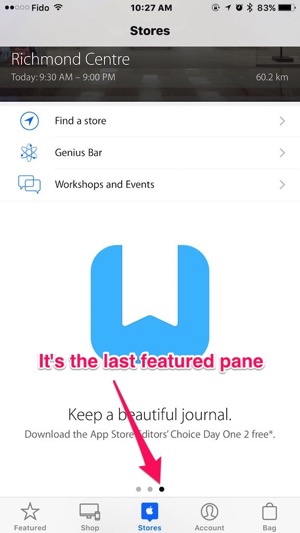 But currently, the Stores tab does not show a third feature pane offering a free app, suggesting we may not see anymore iOS freebies: 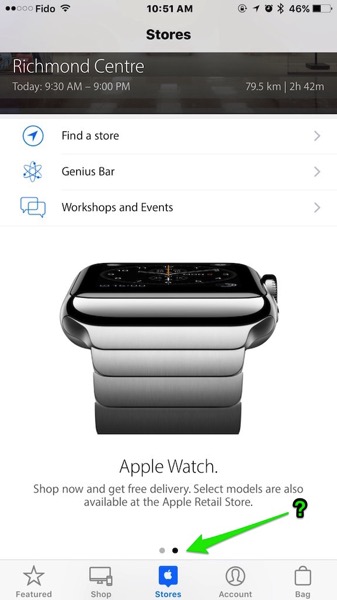 We’ve reached out to Apple for clarification, and will update this post when we hear back.