The Apple Store iOS app has been updated today to accept payment via Apple Store Gift Cards. You can now easily import existing Gift Cards in Passbook, or use your device’s camera to scan in new cards.

What’s New in Version 3.4
– You can now make purchases with an Apple Store Gift Card. Use the built-in Camera to scan new Gift Cards or import existing Gift Cards from Passbook.

Once you’re about to check out, you’ll see an option to add a Gift Card, as seen below: 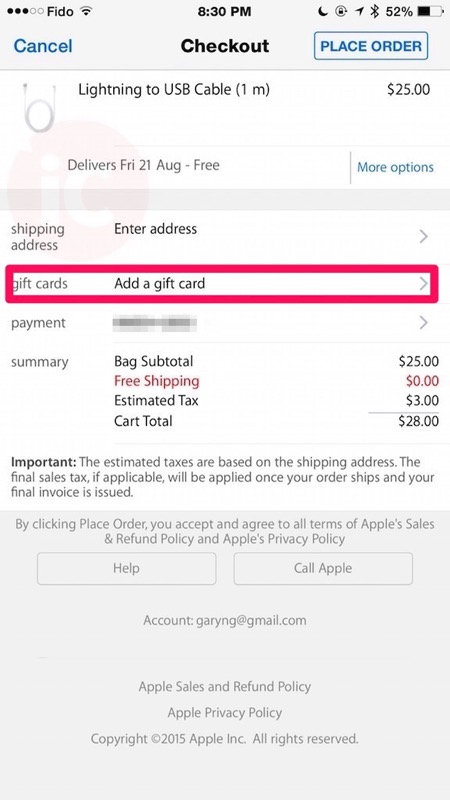 Once you tap this, you’ll have options to import an existing Gift Card from Passbook or use the camera to scan in a new one: 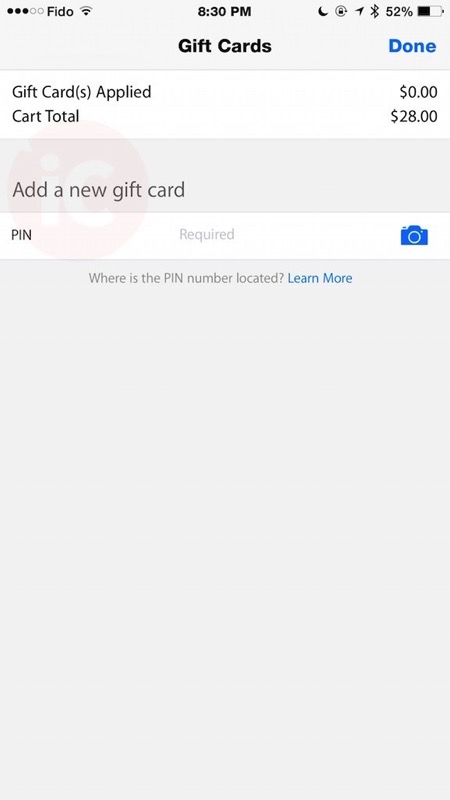 This update comes as a welcome addition for customers, in particular those who have wanted to pre-order new products with Gift Cards but have been unable to until now.

The Apple Store iOS app has typically been the fastest method to pre-order new Apple products, as it would go ‘live’ faster than the company’s online store on the web. However, with a new integrated store built into product pages, the days of waiting for the store to come back online look to be long gone.