The Apple Store iOS app (which was the bane of our existence during iPhone 6 pre-orders at midnight PDT/3AM EDT) has finally been updated for the larger displays of the iPhone 6 and 6 Plus. 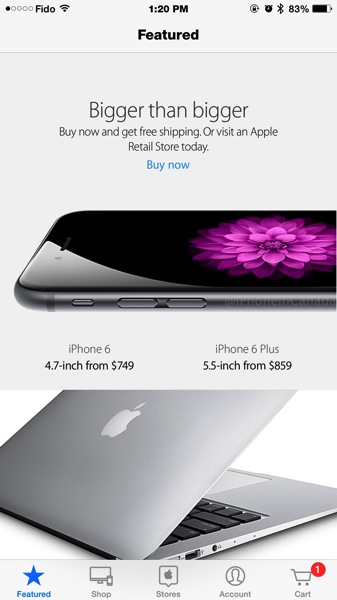 It’s such an amazing sight (and treat) to see apps finally updated for these new larger and higher resolution displays. This one should have been updated in time for the iPhone 6 and 6 Plus launch though.