Apple in 2008 debuted a poker game called Texas Hold’em in the App Store, and now it has returned, to celebrate the 10th birthday of the App Store (via 9to5Mac):

Apple’s Texas Hold’em is back! To celebrate the 10-year anniversary of the App Store, we’ve brought back one of its first games, a popular classic. Originally created for iPod, then brought to iPhone, fans will love the polished redesign, featuring new characters, more challenging gameplay and stunning graphics for the newest iPhone and iPod touch. Players will also love that it’s free to play — for the very first time.

The return of Texas Hold’em now lets you play against 24 realistic opponents over Wi-Fi, with 10 different locations to play poker. Apple says the game works both online and offline, while you can play against 8 friends with Wi-Fi multiplayer. 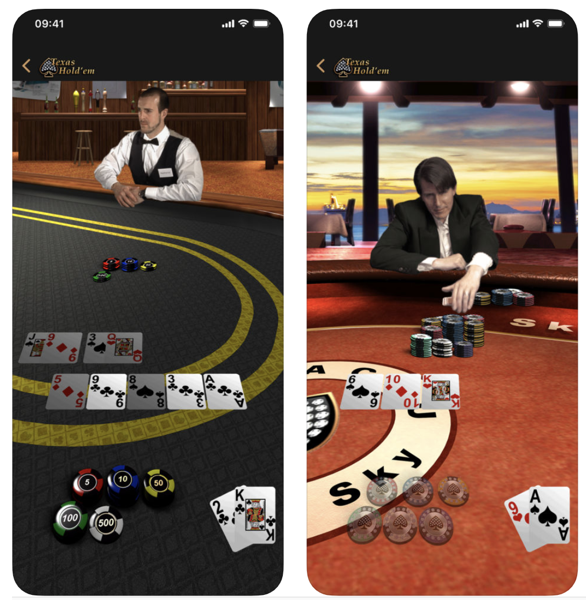