Last September when Apple debuted the iPhone 5, the developers of Clumsy Ninja got some time on stage to show off their game. Check out the video below to refresh your memory:

Fast forward to over a year later, and Clumsy Ninja has finally hit the App Store. This time though, its return also comes with new video trailers in the App Store—this allows users to watch video trailers right from the store, something we’ve never seen before. Usually we just see screenshots or graphics to market featured games. Not this time: 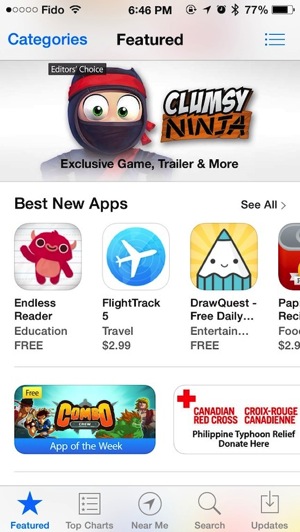 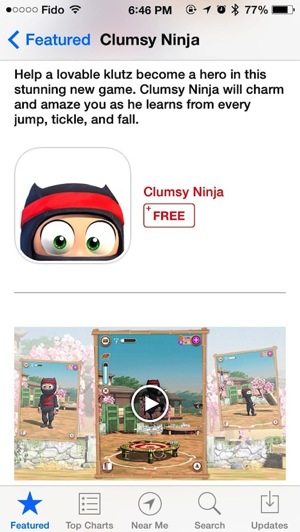 Clumsy Ninja is a free download and is supported by in-app purchases and it does looks like a lot of fun. Not sure what these guys were thinking to take well over a year to launch their game in the App Store after getting the rare opportunity of showing it off on stage to the world.