Apple has updated their free App Pick of the Week and this time around it’s the game Blueprint 3D. The game features over 300 levels with 11 themes:

Each level begins with a mysterious clutter of seemingly chaotic dots and lines. Underneath all the chaos, however, lies a beautiful blueprint image waiting to be uncovered. It’s right there in front of you: Just drag your finger across the screen to rotate the figure, and all of a sudden you’ll notice that the lines start to make sense! Solve the puzzle by rotating the figure in all directions and on all planes until you hit the sweet spot. Once you’re there, the secret picture will reveal itself. Wait till you see this in action! 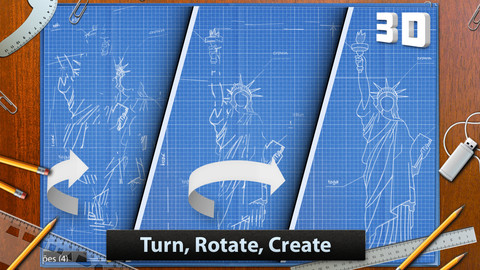 The game has an average 4.5 star rating in iTunes, and looks to be a popular one. It comes in at 74.6MB and has Retina supported graphics. Let us know if you like this one!