Another week and another free ‘App of the Week’ from Apple. This week it is the universal game Catapult King, made by Chilingo. Regularly priced at $0.99, this app has been described in the reviews as a 3D version of Angry Birds, as you are the catapult. There are 64 levels where your job is to smash the ‘Nasty Knights’ and save the princess:

Become the catapult…
Take down forts, castles and even a fire-breathing dragon in Catapult King—the King of castle crushers! Rescue the princess and defeat the enemy in this beautiful, 3D fantasy adventure.

This looks like a fun and simple game, and you can’t beat the price of free. 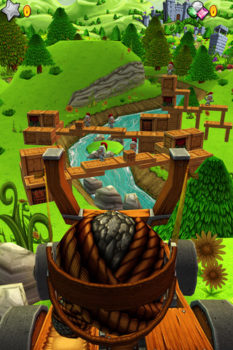 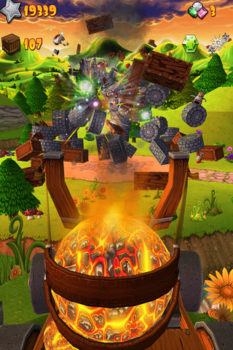