This week’s free App of the Week pick from iTunes is the puzzle game Take It Easy. Regularly priced at $0.99, this game was released last February, a digital version of the classic board game.

It’s a puzzle, it’s a brain teaser and it’s a game! It’s all three and much more! It is bingo with strategy! Place your pieces one at a time on the board. To score points, try to form continuous rows of the same color from edge to edge. But one wrong tile and the whole row is worthless. It gets harder as the number of empty spaces on your board, and your possible choices, diminish. Because once a tile is placed, it can’t be moved! 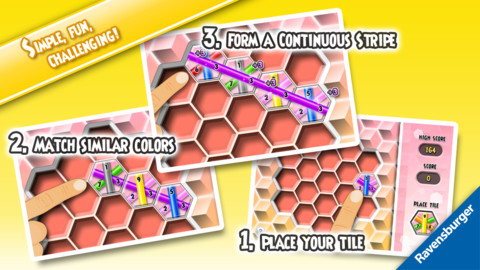 There are three game modes and you can play locally or online multiplayer against people from around the world via Game Center. The game includes full Retina support and recently received an update to support the iPhone 5 and fifth generation iPod touch.