Canada’s 152nd birthday is coming up this long weekend and to help you celebrate, Apple has curated some apps for you to download in the App Store. 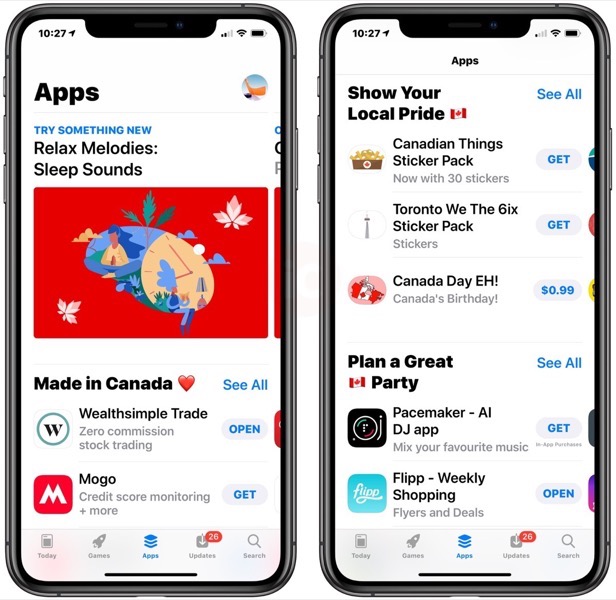 New Canada Day-themed sections are named “Made in Canada”, “Show Your Local Pride” which has sticker packs, “Plan a Great Party” and “Explore Canada”. Essentially, if you’re about to soak up every minute of the long weekend, Apple has some ideas of apps to help you enjoy every occasion.

To see these curated apps, just launch the App Store and tap on the ‘Apps’ tab along the bottom (don’t mind my 26 apps awaiting an update).