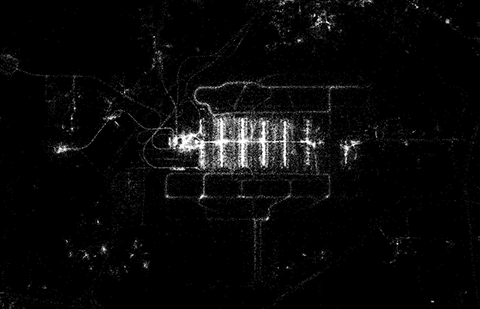 Foursquare has announced the first location to surpass one million check-ins is Atlanta’s International Airport:

ATL is one of the busiest airports in the world and Foursquare users have left over 2000 tips for their fellow travellers. Some other interesting stats from ATL:

Foursquare is one of the largest social networks and now has over 30 million members that have checked in over 3 billion times. ATL (“where the playas play”) has made history with over 1 million check-ins.

Back in December, another airport become a popular shared destination on the social network Instagram. Suvarnabhumi Airport (BKK) in Bangkok, Thailand, had topped over 100,000 pictures posted in 2012.