The BBC has announced the launch of their new sports app for international audiences, BBC Sport. The app brings news, live scores, stats and more for those looking to get in-depth coverage and dedicated pages for football, Formula 1, cricket, rugby, tennis and golf. The app allows users to customize sections for their favourite sports and also shows live commentary from BBC journalists for games in progress.

“Thanks to our responsive mobile site, the sports content we provide on mobile devices is already a large traffic driver for the BBC, which gives us a competitive edge in international markets. Now with the launch of our international sports app for iOS devices, we are giving users another simple way to get the content they love, whether it’s checking out how their team have got on, following live text updates on the day’s sporting action or catching up with the latest news.” 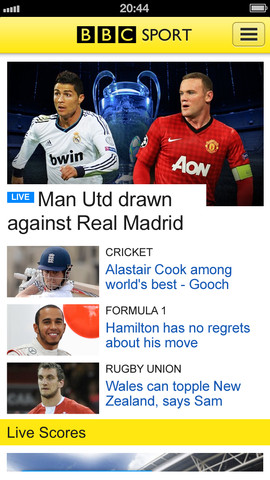 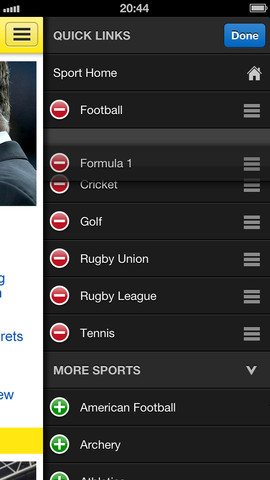 Essentially if you’re a football or rugby nut you’re going to want to this app with its extensive coverage. Stories are easy to read, navigation is simple and there are no ads taking away precious screen real estate. The BBC decided to launch an app after it noticed the rapid growth of mobile traffic to its international sport site, accounting for one third of all visits.