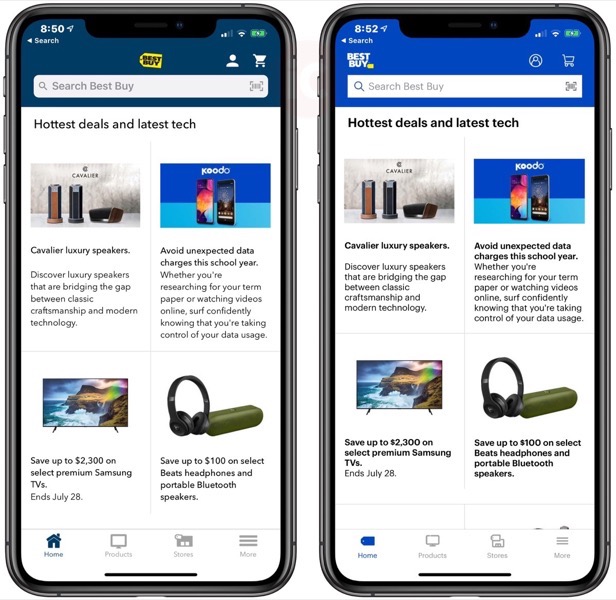 The iOS app’s update today says “we’ve updated the look and feel of the app with a new brand.” The updated app also gains new icons along the bottom tabs for Home, Products, Stores and More.

The branding retires the previous logo, which had the company’s name in black bold text on a yellow tag. The new logo is the Best Buy name in white text on a blue background with a tiny yellow tag in the bottom right corner.

The new look for Best Buy Canada now unifies the brand across its American app and website, similar to what you’d expect from Amazon.

Best Buy was still using the old branding in its social media posts as of July 15, 2019.