The Apple Store iOS app has a new freebie for you to download, as puzzle game Bicolor ($0.99 value) is now available to be redeemed for free.

Here’s how to get this game for free:

1. Launch the Apple Store iOS app. Tap on the ’Stores’ tab, then tap on ‘An app for university’.

2. Tap on ‘Download for free today’ and then redeem the promo code given to you, which will load the App Store and download the game. 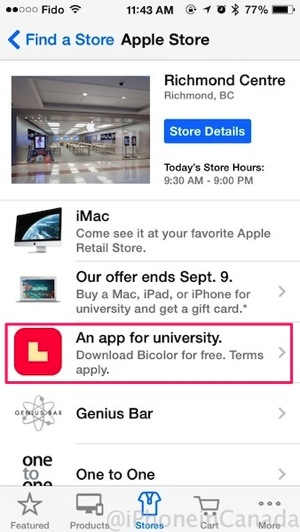 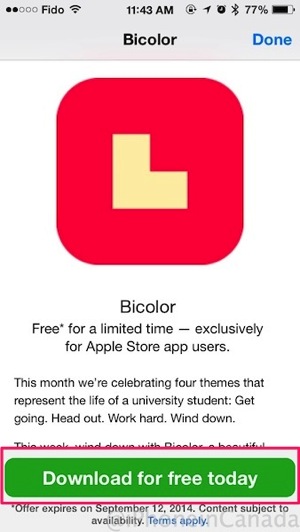 Remember, the game is only free via promo code within the Apple Store iOS app. There’s always that one person who will say “it’s not free!”. Who will be that special person?