BillGuard for iOS Gets iPhone 6 Support, Touch ID for Unlocking

Money-tracking app BillGuard launched support for Canada back in April, and today it was updated to bring screen support for the iPhone 6 and iPhone 6 Plus, along with Touch ID support for unlocking the app.

The 4.2.1 description for the Canadian iTunes link only says “Performance enhancements” and forgets to mention the major update, but the US description announces Touch ID:

Touch ID for BillGuard has arrived! Now there’s no need for a passcode to open the app – though the passcode option remains if you prefer numerical digits to anatomical digits. 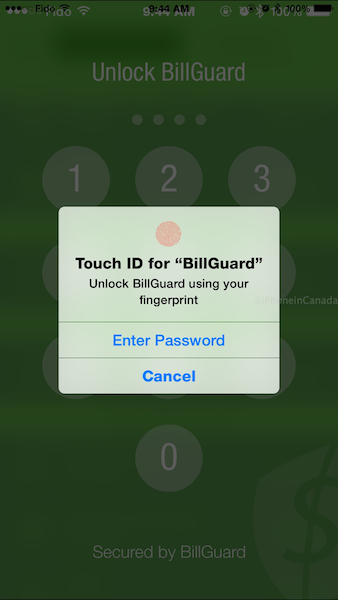 BillGuard is similar to Mint, but it only connects to your credit cards. You get to see transactions as they show up on your credit card and users are notified of mystery charges, which can be disputed right from the app.

Monthly analytics also show visualizations to track your spending plus an earlier beta feature launched this summer introduced location monitoring (based on your iPhone’s location) to further prevent fraud charges.