Snapchat lets Bitmoji users create an emoji with friends called a Friendmoji, limited inside the social network’s app. But that’s going to change soon, as Snapchat will allow Friendmojis to be used outside of their app for the first time, reports Engadget.

The ability to access your Bitmoji Friendmojis will soon show up within the Bitmoji iMessage extension, which is part of the latter’s keyboard iOS app. 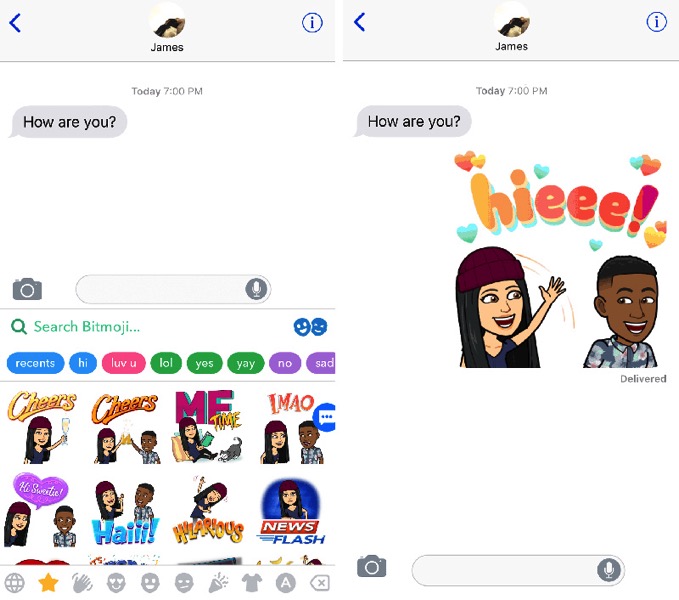 If your Snapchat account is linked to the Bitmoji iOS app, you’ll soon be able to share your Friendmojis within any iMessage conversation. A new friend icon will show up in the top right corner of the Bitmoji extension, where you’ll gain access to your recent Friendmojis.

Snapchat says this rollout will be happening over the next few days, so keep an eye out for it.