BMO Mobile Banking gained Touch ID last year, but a recent update disabled the fingerprint reader, frustrating iOS users. You know what’s worse than not having Touch ID? Having it taken away. 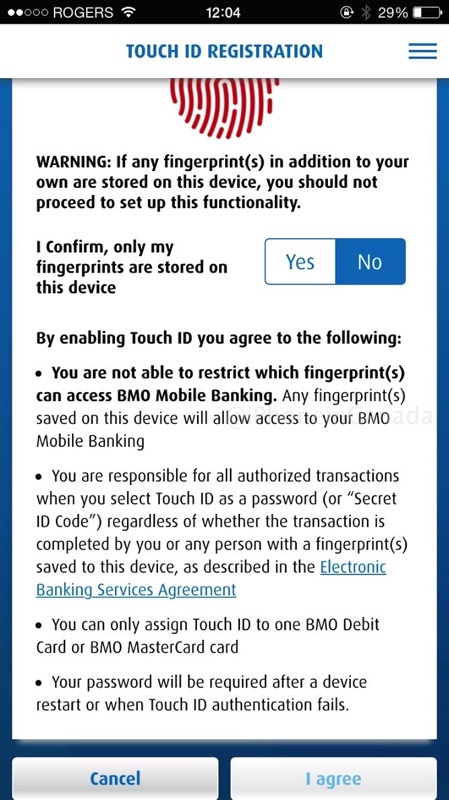 Thankfully, an update last week re-enabled Touch ID for users, despite not detailing the return of the feature in the release notes, according to iPhone in Canada reader @bkenny13: 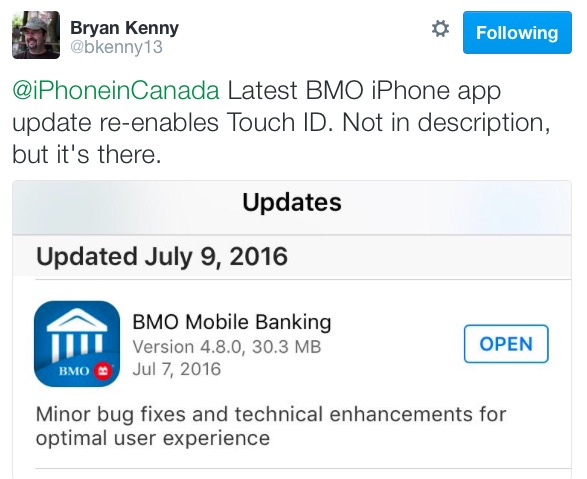 If you’ve been waiting for Touch ID to ‘return’ to the BMO iOS app, this latest update has done just that.