Much of Bob Dylan’s music has a deeper meaning than what you might hear listening to one of his songs once or twice. With Bob Dylan: The Bootleg Series you can learn more about the man and the meaning of his music. 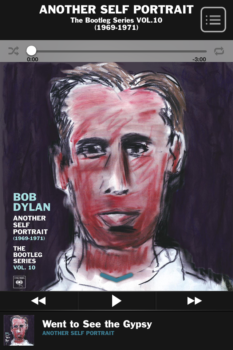 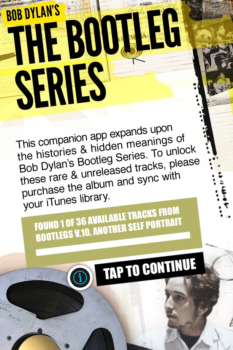 Bob Dylan: The Bootleg Series is the companion app for Bob Dylan’s latest album Another Self Portrait. You have to buy songs from the album or the entire album to unlock content in the app. That said, you do get the first song in the album and its content in the app for free. You can listen to purchased songs from the album in the app and as you do you can also watch the lyrics scroll by and see who is performing or watch a mural scroll by with embedded links to related biographies or video interviews.

I always enjoy learning about what inspired a song or the circumstance it was written or recorded under, and The Bootleg Series does have this sort of content. Although, I was disappointed when I saw the brief Elvis Presley and Jimi Hendrix biographies were straight from Wikipedia, however the video interviews weren’t and I found them to be both interesting and informative. 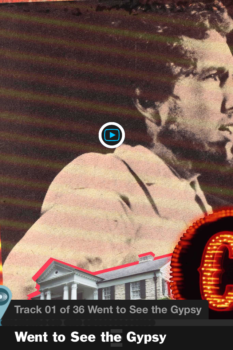 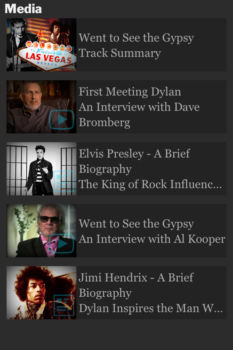 Fans of Bob Dylan and those who have downloaded his latest album shouldn’t miss out on the content found in Bob Dylan: The Bootleg Series. You can download it for free from the App Store. Then, name your favourite Bob Dylan song for us.