Brisk Iced Tea in collaboration with Star Wars™: Episode I The Phantom Menace, has launched Brisksaber, an iOS game app that brings the iconic Star Wars™ lightsaber battles to iPhones, iPods and iPads in 3D. The app allows users to interact with Star Wars™ in an innovative way.  The game’s blend of 2-D and 3-D elements brings out an authentic experience allowing enemy battles with the swipe of a finger. The app is free to download and is available as a universal binary for iPhone and iPad. 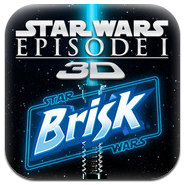 The game is being launched in conjunction with the release of the 3-D theatrical release of Star Wars™: Episode I: The Phantom Menace™  which will hit the theaters on February 10, 2012. 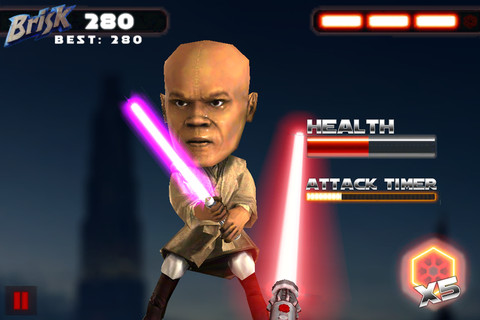 Welcome to Brisksaber, the awesome new lightsaber simulator app from Brisk and Star Wars: Episode 1 – The Phantom Menace in 3D. Choose your allegiance by joining the light side or dark side, then watch as your finger becomes a fully functioning lightsaber. Slash enemies with reckless abandon as you become the most powerful Sith or Jedi™ to ever dominate the galaxy.

Compete for the highest score with millions of others on the Brisksaber leaderboard at facebook.com/brisk.

Warning: Don’t play Brisksaber while operating heavy machinery. Also don’t play it in the shower, your phone will get wet. However feel free to scream MY FINGER IS A LIGHTSABER to strangers, you will look cool and they will avoid you.

What are you waiting for? The fate of the universe is in your hands! 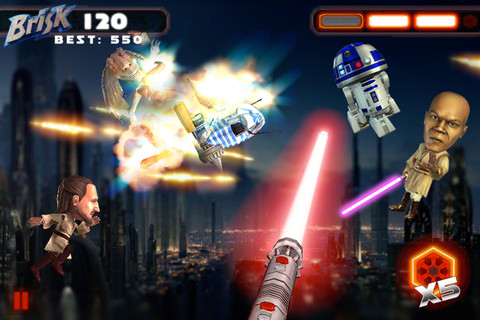