BlackBerry has announced BBM for iOS and Android will soon get an update to bring a new Find Friends feature to help you quickly add friends already using BBM within the app.

This means you won’t need to pester your friends on Facebook with your BBM PIN as you’ll be able to quickly see who’s already using the app (similar to WhatsApp).

What’s New in Version 1.0.6.157
– This new update makes it easy to quickly build your contact list by helping you find and add friends using BBM. 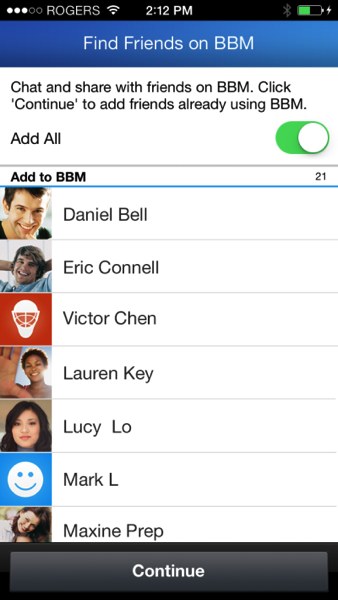 For friends not already using BBM you’ll be able to send them an invite to download the app via email or SMS. The update has already hit the App Store—you can download it here.

In other news, people are still using BBM for iOS. We haven’t touched our app in a very, very long time. What about you?