BuzzFeed News for iOS launched last summer, bringing customizable news with push notifications, geared towards users in the United States. As of today, the app has been updated to support Canada.

How to subscribe to Canadian news notifications? Tap the ‘Alerts’ tab on the bottom, then tap the settings icon in the top right. From here, scroll down to ‘Customize Alerts’ and select ‘Canada News’, aptly described as “Trending Canadian news and occasional Canucks strangeness.” 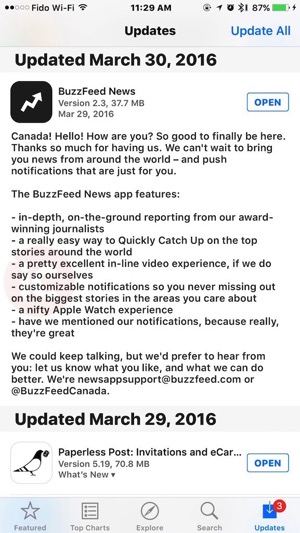 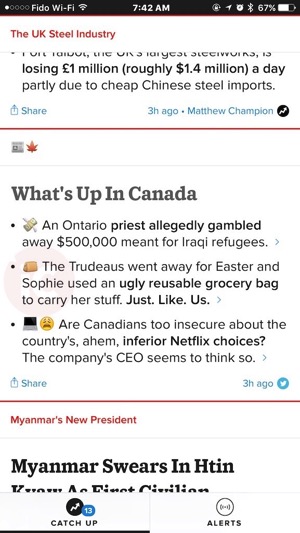 The app also gained support for the UK and Australia as well, plus it also supports Apple Watch.