If you’re a fan of the Call of Duty series on iOS, Strike Team (currently an Apple Editors’ Choice pick)call  has gone on sale for $2.29 to celebrate this weekend’s Call of Duty Championships. Normally, the app is over $8 in the App Store. 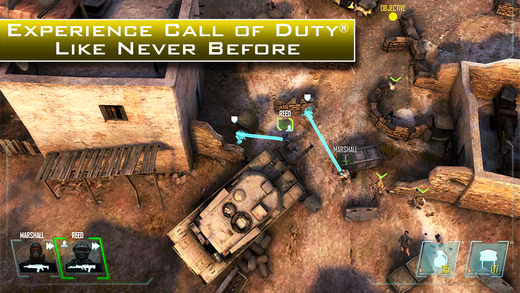 The 2015 Call of Duty Championship takes place in Los Angeles and has a $1 million dollar prize pool. Who says playing video games can’t pay off?

The sale is also part of a recent update to Activision’s Clash of Clans freemium rival, Call of Duty: Heroes, which received an update the other day to include a new hero, IIona, from COD: Advanced Warfare (confused yet?).

Click here to download Call of Duty: Strike Team for $2.29. The app requires an iPhone 4S or newer (it’s optimized for the iPhone 5 or newer) running iOS 6 or higher, and runs 1.02GB in size.