The front flash feature allows you to take a picture of yourself in the dark, which is cool if you’re into that sorta thing: 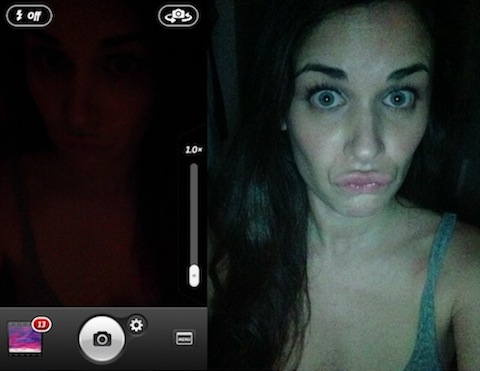 The horizon level is perfect for those looking to line up those crooked shots: 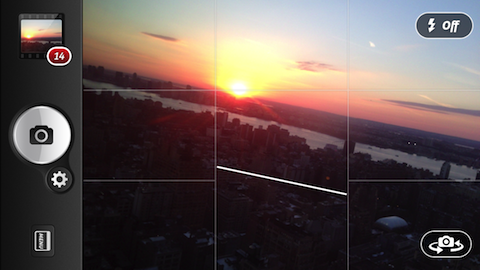 Live exposure allows photographers to see images details such as f-stop, ISO and shutter speed as they setup their shots: 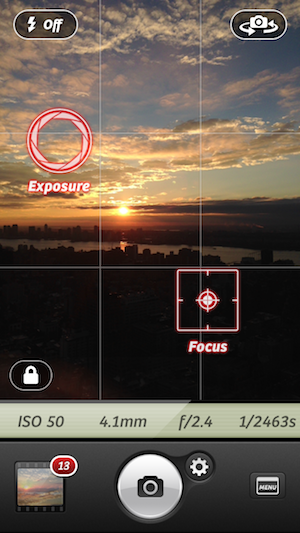 Also, for iPhone 5 users Live Exposure now brings 100% accurate shot framing since there’s no longer any viewfinder cropping. So far, this seems like a pretty awesome update. Kudos to Tap tap tap for maintaining the momentum of Camera+ as one of the best camera iOS apps.